Major brands using Social Media have rapidly improved in 2012 in comparison to past years. The influence and danger of bad Social Media practice has most certainly sunk in and as such brands have been more cautious and strategic in their Social Media activity. Crisis management plans and Social Media policies have become more common and companies are certainly mitigating risk rather than just jumping into Social Media head first and making rushed decisions. It’s fair to say that 2012 has been a fairly decent year for brands when you compare it to the sheer volume of screw-ups by brands in 2010 and 2011.

However, it hasn’t been entirely perfect and clearly some brands are still struggling with Social Media. With this in mind, we’ve collated a list of the most major Social Media problems and screw ups in the last 10 months from major brands: 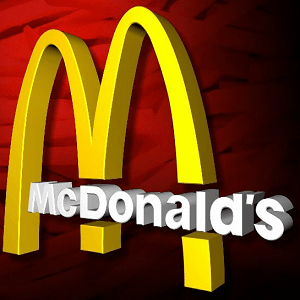 McDonald’s attempts to use a Twitter hashtag to change the perception of their brand were sorely hit at the beginning as the year as they fell victim to the Twitter ‘bashtagging’ mob. The fast food chain launched the hashtag #McDStories in order to promote video content with their farmers talking about McDonald’s ingredients. Instead, angry Tweeters hi-jacked the hashtag to criticise the quality of food, service and horror stories about fingernails in their burgers. Hashtags can be dangerous and brands who are often open to public criticism should ensure that they have a clear strategy and purpose before deciding to use them. The hashtag is still been used some 10 months later to target McDonald’s. 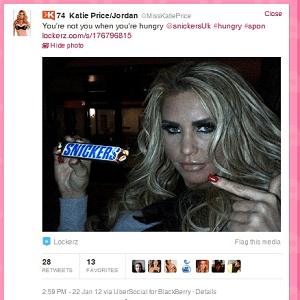 Snickers were on the end of several official Advertising Standards Authority warnings for paying celebrity Tweeters such as Katie Price, Rio Ferdinand and Ian Botham to tweet out sponsored messages without properly identifying these tweets were adverts. The Snickers campaign was supposed to show how “you’re not yourself when you’re hungry” with Price tweeting about China’s GDP, but returning to normal when she had a Snickers bar. The campaign – though it attracted huge amounts of publicity – was hugely criticised by users who felt they had been deceived by the celebrities and took umbrage at the fact they were being sent marketed messages when they hadn’t followed the celebrity for this reason. 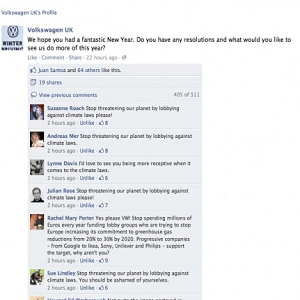 Volkswagen’s naive decision to ask their fans what they would like to see Volkswagen do for a New Years resolution caused a huge stir among environmental activists in January. What was probably an unfortunate Facebook update turned into a highly political Social Media crisis that drew attention to Volkswagen campaigning to stop climate change laws. Groups like Greenpeace flocked to the Facebook Page and left hundreds of comments criticising how much Volkswagen spend on advertising and not being transparent with their environmental policies. Volkswagen decided to ignore the responses – the comment thread is still available to view on their Facebook page with over 2000 comments. 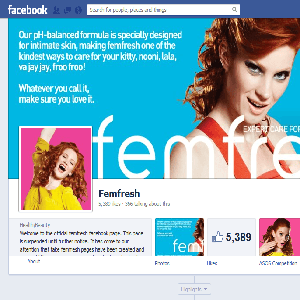 When women’s hygiene brand Femfresh got its tone totally wrong in June, it suffered a major backlash on its Facebook page as fans took offence with its euphemistic terms for the word vagina. Femfresh had run several Facebook posts referring to “your kitty, nooni, lala…and froo froo” which massively angered fans and caused several thousand mock responses, angry complaints and a significant level of ridicule. This was a perfect example of how a brand can massively fail at brand positioning and not understanding what tone of voice to use for their audience. Femfresh’s tone was massively patronising and the brand should’ve really done some market research. Femfresh pulled the page in June. 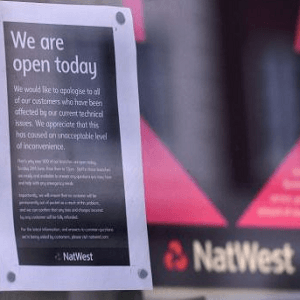 NatWest’s “Helpful Banking” motto failed miserably this summer as the bank suffered a huge outtage that meant customers could not access their money. Whilst branches and phone line opening hours were extending, someone forgot to worry about their Social Media presence as well. Traditionally, NatWest have been quite good at Social Media but when they appeared to be offline throughout most of the crisis – customers grew restless as @mentions to their Twitter account grew by 8 fold and attracted huge backlash. NatWest’s failure to quickly respond to the offline crisis online massively damaged their brand and only brought more unwanted attention to their offline problems. 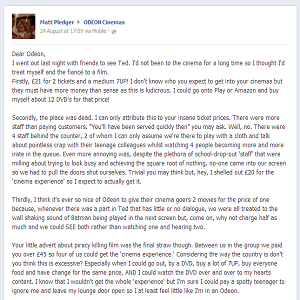 A wall post complaining about the cost and quality of an Odeon cinema experience that appeared on the official Odeon Facebook Page on a bank holiday Friday and generated an astonishing 122,468 Likes and 10,408 comments. The wall post – a rant by a disgruntled customer – complained about the lack of decent customer service and prices. Whilst Odeon did respond, their reply was widely ignored as it was buried under thousands of other posts. Odeon could have averted disaster by simply apologising on their page in a new post, taking the complain offline more quickly and making sure their customers could actually see something was being done about it. 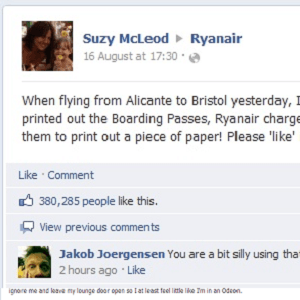 Never to shy away from controversy, Irish budget-airline Ryanair came under a Social Media attack when a customer posted an angry complaint on their Facebook page that attracted nearly half a million “likes” and 20,000 comments. The customer had a grievance with being charged EUR300 for printing her boarding cards when she arrived at the airport expecting to be able to print them there. Ryanair didn’t apologise or try to minimise the viral argument, but instead posted a press statement informing the lady that she should’ve read her terms and conditions, prompting further backlash. Ryanair’s July results showed a drastic 29% drop in profits – perhaps it’s time to be nice? 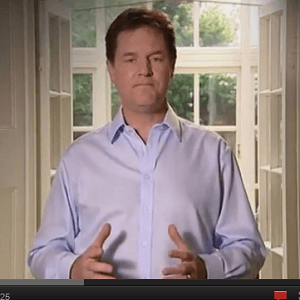 Deputy Prime Minister Nick Clegg had hoped that his YouTube video entitled “No easy way to say this…” would be perceived to be a genuine, heart felt and passionate apology by the population. Instead, the video came across as cheap, dishonest and bizarre – with many YouTube users criticising the quality of the video as well as the fact the apology for backtracking on student fees came far too late. The video was slated by the YouTube community, mainstream press and most Social Media users. Sometimes on Social Media, it is best to not say anything if it doesn’t need to be said – especially when the apology is in reference to something from over a year ago!

When up-market supermarket chain Waitrose tried to launch the #WaitroseReasons hashtag, prompting users to explain “Why I shop at Waitrose…”, they didn’t particularly do anything too wrong – rather they were perhaps just a little naive. With the perception of the brand and customers being rather middle-class and posh – the hashtag suffered a “bashtagging”. Twitter users flocked to the hashtag to post tweets to ridicule Waitrose customers. For example, responses included: “I shop at Waitrose because I think food must automatically be better if it costs three times as much” and “I shop at Waitrose because it makes me feel important and I absolutely detest being surrounded by poor people”. 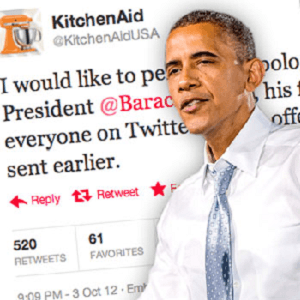 US kitchen brand – KitchenAid –  suffered embarrassment at the hands of an employee when during the first presidential debate a tweet was accidently sent from the company account mocking the death of Barack Obama’s grandmother. Though the tweet was rapidly deleted, retweets ensured it circulated throughout Twitter for hours afterwards. The failure came here as the Social Media Manager had tied his personal account in the same Social Media client as his corporate account – which as any good Social Media Manager knows, should never ever happen for obvious reasons.

To keep up to date with all future Social Media fails and successes, don’t forget to check out Social Slurp every Friday!

So those were our top ten Social Media fails of 2012! Have we missed anything or can you think of a brand who should have made the list? Let us know!