What counts as a crime on social media?

Some people are probably not even aware that you can commit a crime simply using social networks such as Facebook and Twitter. In 2008, only 556 reports were made to police about crimes related to Facebook and Twitter*. This figure has grown by a massive 780% in the last 4 years with 4,908 reports made regarding both social platforms. As a consequence of this a whopping 653 people have been charged.

In December 2012, interim guidelines were issued in the hope that the number would drop significantly after a series of controversial court cases took place.

Offenses can include abusive messages and offline attacks that have been surrounding posts online. Sexual offences such as grooming and stalking are included as well as threatening and aggressive messages.

In new guidelines announced in December by Keir Starmer, the director of public prosecutions, it seems to indicate that there should be a high threshold for prosecution in situations where people post “grossly offensive, obscene or false” messages but that “considerable caution” should be used before charging people to avoid an alarming effect on people’s free speech.”

How do police use social media? 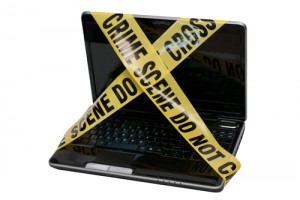 In a number of cases more recently, the police themselves have used social media to help solve crimes. Notably, Surrey Police have a fantastic social media strategy and a warm and friendly approach over Twitter. In March 2013 they used a #Tweconstruction of a mugging that took place in order to try and solve the investigation. They posted a series of pictures and information so that users could see the reconstruction take place online.

In New York, a gang member called Melvin Colon was arrested after posting public photos on his Facebook page that showed him flashing gang signs. To add to his he had also posted private messages that referenced violent crimes that had previously involved him alongside threats against other people.

Very recently, a rape case in Ohio made news when social media was highlighted as the main evidence used to charge the men involved. An instagram picture had been taken by one of the perpetrators of the 16 year old victim being held down on a basement floor. The instagram image was then reblogged endlessly. There was also a video taken on the night in which the victim is mocked and sexual assault jokes are made. In this case the social media was critical in the conviction of these juveniles.

The Future of Social Media And Crime

There are 2 sides to the future of social media and crime with the first being the perceived novelty of using social media to help fight crimes. 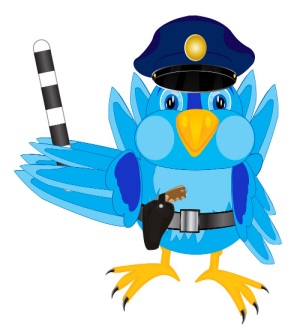 These social networking platforms provide the police with a whole new angle to tackle crime, working as invaluable tools for them to crack down convicts in an increasingly scary and dangerous world.

The other side of course, is the number of crimes being committed on social media itself. As I said earlier, the number of crimes committed on social media each year is continuing to increase, leading some to even suggest that police enforcements around the world should be creating departments specifically designed to target online crime, though this would need time and resource from the current police forces.

Chief Constable Andy Trotter from the Association of Chief Police Officers has said:

“It is a new world for all and we could end up in a situation where each constabulary needs a dedicated Twitter squad. In my opinion, that would not be a good use of resources in difficult financial times.

“We need to accept that people have the right to communicate, even to communicate in an obnoxious or disagreeable way, and there is no desire on the part of the police to get involved in that judgment.”

Where do you think social media crime and punishment will go in the future?

*Statistics released by 29 police forces in England, Scotland and Wales under the Freedom of Information Act