Did you mean 6s or S6? Apple V Samsung

If you are tech-geek or simply a smartphone lover, you probably know about the latest IPhone 6s and the Samsung Galaxy S6. Two giant manufacturers, one battle.

On of the latest battle won by the Korean manufacturer Samsung, comes from an orchestral Paid Search strategy handled at Samsung.

Just do it, Google “iPhone 6s” and look at the first PPC result. I say: WELL DONE to the Samsung PPC team! 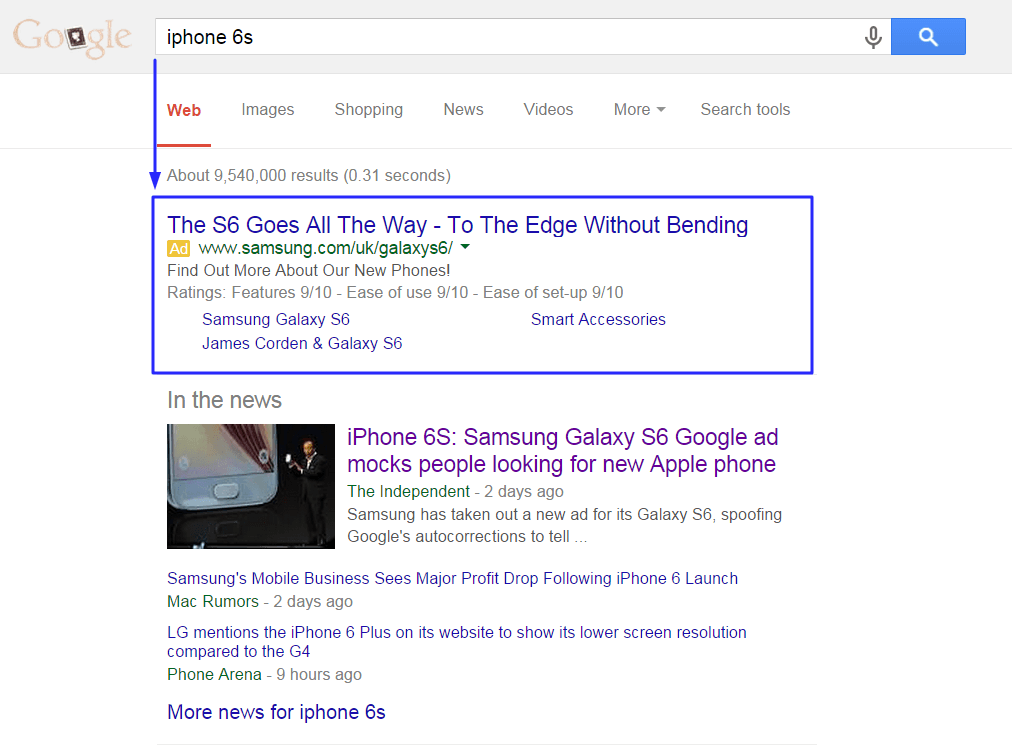 Is that not beautiful?

What’s the trick behind the cheat? Well, that’s not cheating, that called overpowering creativity.

In PPC you have 4 matching variations of a keyword:

That’s the last one used by the Samsung’s PPC ninjas. The broad modifier match lets you create keywords that reach more people than phrase match and gives you more control than broad match.

To create a broad modifying variation of a keyword, simply put a plus symbol (+) just in front of your keyword. If you have two words, add a plus (+) in front of each one.

For the Samsung Ads to appear for the search query “iPhone 6s”, they must have bid on Samsung Galaxy s6.

“…using modified broad match can greatly reduce the number of keywords you need, because each keyword can match countless word order and spelling variations.”

This way any query including 6s or/and S6 will trigger one of their ready ads. Clever.

We just reached the perfection of manipulating keywords playing on search queries to gain sales from your worst rival.