The Most Interesting Representations of Data on the Web

Data underpins all of our work at Blueclaw – from analysis to audit to reporting to creative concepts. We employ a variety of data sources such as surveys, reporting platforms and internally-developed auditing tools, such as OSCAR.

Data has the power to involve, impress and interest the user, providing tangible statistics, news hooks and definitive results. However, data is worthless if it cannot be conveyed in a logical and clear representation.

For example, just try and make sense of this.

Whilst a complicated graph like the one above can be an impressive way to convey statistics, sometimes, the message is lost. Infographics, tables and graphs should be simple, legible and rely on the strength of the findings, not the design.

With this in mind, I’ve scoured the web and picked some of the most interesting (aka my favourite) data representations on the web. In no particular order, these are listed below:

How many times did Twitter say ‘Nazi’ during the USA vs Germany World Cup 2014 game? 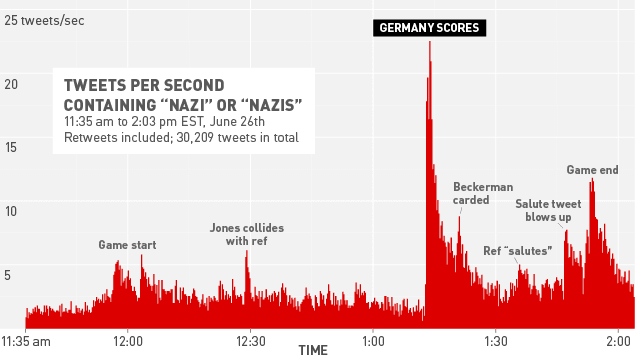 With a similar sentiment to the ‘NoHomophobes’ Twitter homophobia scraper, this graphic shows the casual insensitivity and racist nature of social media users. Over the past few years, there has been a marked increase in the number of ‘trolls’ arrested for abusive messages; however, the graph above is a clear demonstration that users simply feel they are still entitled to free speech, regardless of its hateful and offensive content. 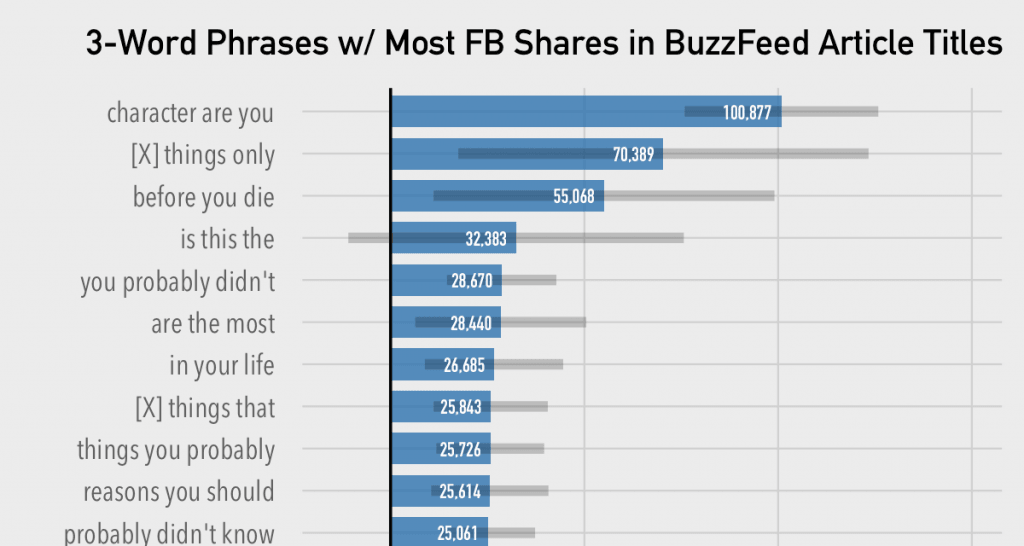 If you ever wanted to know what life was like as a ‘90s kid’ or which Friends character you are, then  Buzzfeed is your haven. More recently, it’s come under criticism for using clickbait titles and lacking substance, but when you consider the graph above, it’s clear that there is a winning formula and the viral news company has embraced it gleefully.

I’m a sucker for mapped out data. Add in a timeline and frankly you’re onto a winner. Despite being across the pond, this graphic provides a fantastic insight into the shifting trends of baby names. Some have commented that the name Jennifer became popular in 1970 alongside the release of ‘Love Story’ (in which the lead female is named Jennifer); however it is more than likely that these trends are circumstantial. Jezebel also conducted the same study for male names, which can be found here. Still, an interesting read – shame I can’t find the same graphic for the UK.

This mesmerising video shows the 6,000 flights operating in UK airspace, all represented as light trails. A seemingly simple concept, the presentation and power of this visualisation demonstrates the incredible co-ordination and efficiency of flight and air traffic control.

At what age are you in your prime? 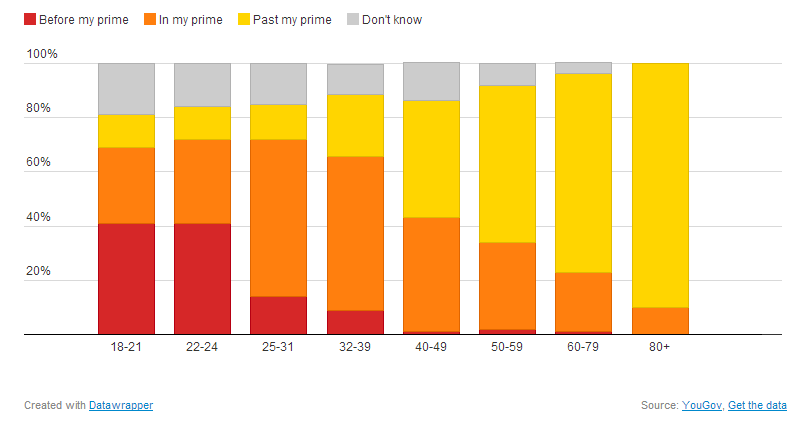 A slightly depressing YouGov survey asked when respondents felt they were in their prime with a definitive shift towards 25-39 being the highest ‘In my prime’ ratio. Whilst it does not state whether this relates to health or professional success, it’s interesting to see when people think they are at their best.

The hard numbers behind Google Plus 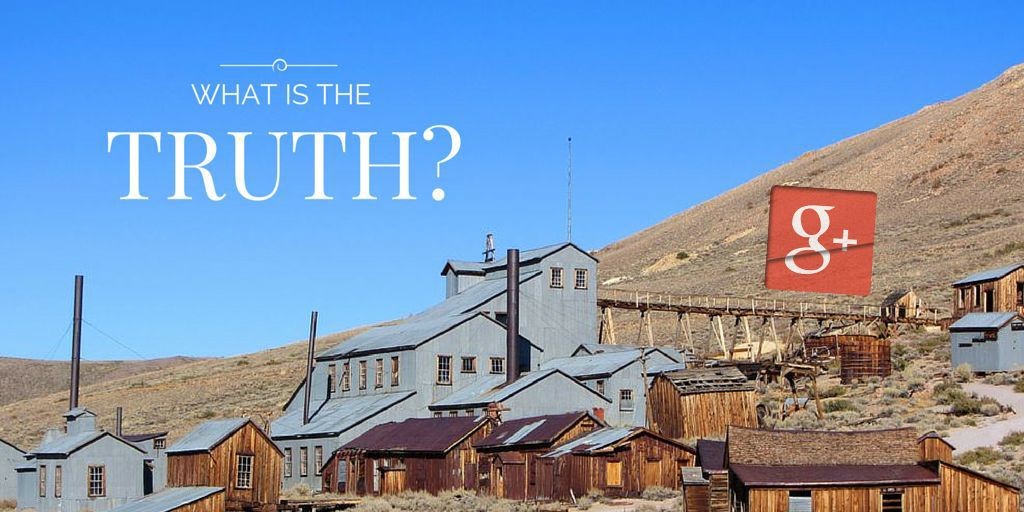 This final representation is perhaps one of the most relevant and speaks volumes about the doubts and future of Google Plus.

Often the butt of jokes, Google Plus has struggled against the leviathans of YouTube, Facebook and Twitter; however thanks to (almost) a necessity to register with the site to effectively use a Google/YouTube account, it has gained a wide userbase.  However graphs simply showing userbases do not equally show the success and engagement of these social networks.

This is where the study above steps in and clears up the situation, ultimately finding that from a sample size of 516,246 users, over 90% have never posted.

Whilst the above demonstrations are visually impressive, it’s vital to remember that the impact of the piece rests with the data and messaging it conveys. A good design can only amplify strong statistics – not save bad data.