Leeds digital festival runs every year for around two weeks at the beginning of Spring and covers a whole host of topics, including; Security, Tech, Gaming, Music, Entrepreneurship, Design and much more.

One of the events that has been on for the past few years is Code in the Dark – An event where 25 developers compete across five competitive heats with a nail-biting final at the end.

The developers must emulate a design in 15 minutes, using on HTML and CSS. The catch is that they are doing this blindly! So they can’t see the output until the final whistle blows. This year I represented Blueclaw and competed in the fourth heat.

Here is my output: 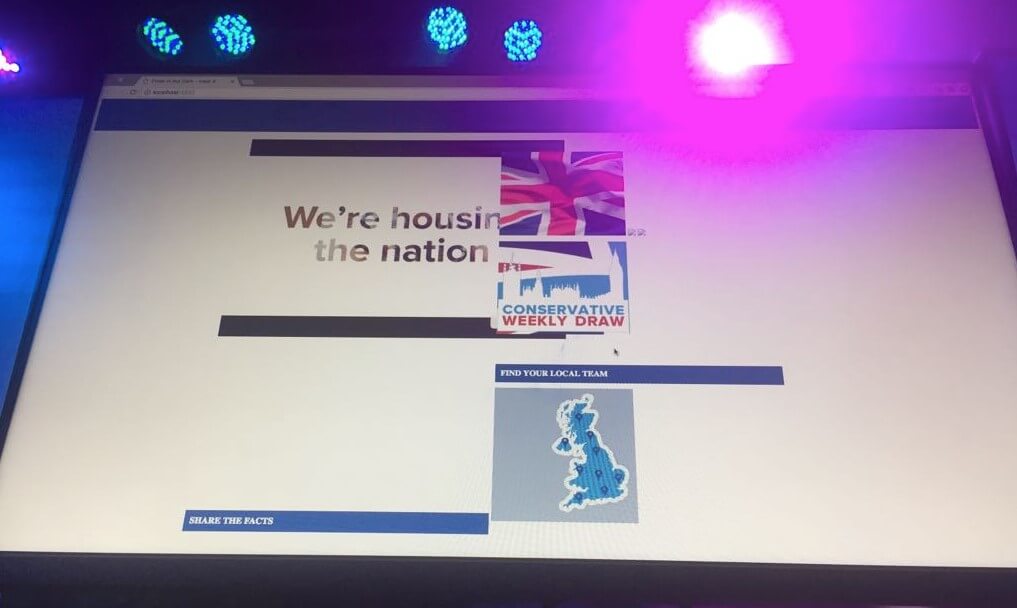 I got the blue header in there, and a couple of inputs. I got most of the images in there and a few titles. Don’t forget we only get 15 minutes! And with that i had won my heat and i was through to the final!

The final is always a bit more tricky, and for the past two years has been heavily animation based. So – before the competition i brushed up on my animation and keyframes coding knowledge.

The premise of the design was three objects falling from the ‘sky’. A feather fell first, and floated from left to right as it did so, followed by a pencil and finally a rock.

Above is my final output. The three objects all drop in sequence, from the ‘sky’ to the ‘floor’, and then the animation restarts.

The final whistle went! So for the first time all 5 developers got to see what they had achieved.

I was extremely happy with what i had created in the time. All three elements fell in the correct manner. The feather floated in the air, and fell more slowly than the others – as you would expect.

The final votes were counted. And unfortunately, due to the room being full of sneaky developers (!) one of the contestants who hadn’t produced much at all had received over 300 votes; which is more people than were in the room all together.

Because of this obvious ‘inconsistency’, they were disqualified, and the event organisers voted for their winner – and I was crowned champion. Hooray! 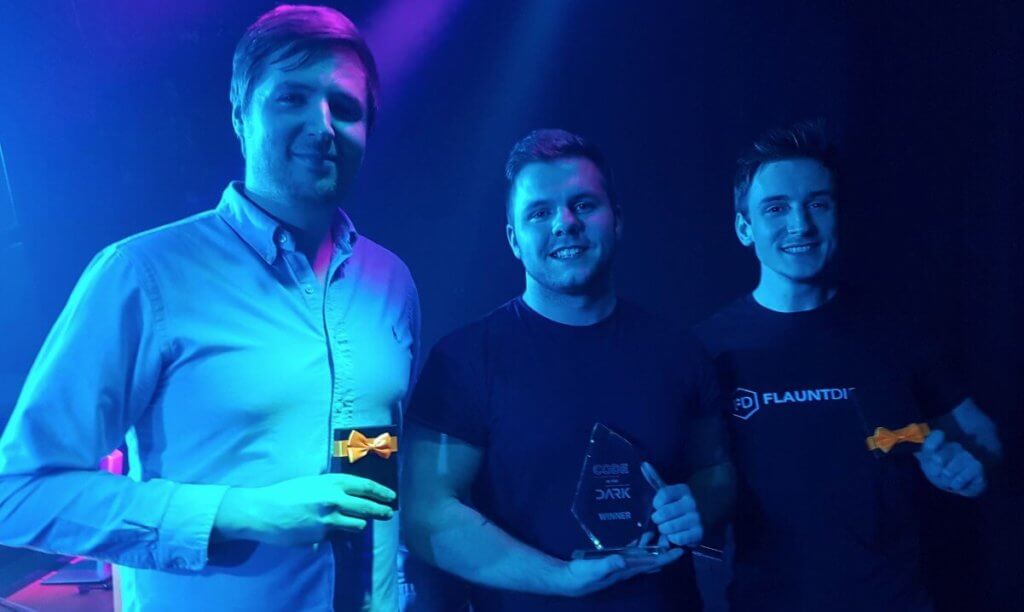 We apply our design and development skills to all sorts of projects at Blueclaw – why not take a look at our work, or get in touch?