Just as the days start getting shorter and the nights get darker, Halloween creeps up on us all with a fright. Celebrated on October 31st, Halloween originated over 2000 years ago from an ancient Celtic tradition called the Festival of Samhain, which consisted of lighting bonfires and wearing costumes to ward off ghosts. It’s a season which sparks everyone into creativity, whether that be finding a scary outfit to wear, baking a spooky sponge, or making a menacing content marketing campaign!

We’ve taken a look at some of the most hilarious and hair-raising Halloween campaigns below.

Everyone loves a good meme and Halloween provides plenty of laughs for your wicked sense of humour.

Using memes as a marketing campaign can be a really quick and easy way to gain traction on social media, and that’s exactly what UK-based clothing retailer Boohoo did. As their target market is primarily younger people, using memes was a great way to connect with their customer base to promote the brand to potential new customers. Over 4000 comments of people tagging their friends and 1100 shares prove it went down well. 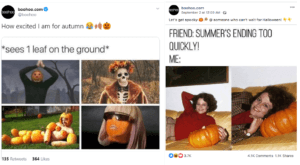 Burger King’s ‘Some as a Clown, Eat Like a King’

Burger King’s ingenious clown campaign was doused in terror with an added hint of trolling at McDonald’s expense.

The fast food chain offered a free Whopper burger to the first 500 people who turned up to selected stores dressed as a creepy clown. Promoted via a particularly terrifying YouTube video which featured a clown strongly resembling Ronald McDonald, this campaign was always going to be a hit.

Fanta have launched their first ever ‘Dark Orange’ variant of the popular fizzy drink. The Halloween makeover turns the normally vibrant orange bottle jet black and is haunted by the face of a werewolf.

These 500ml bottles were first available in mid September and stayed on the shelves until Halloween, which gave Fanta fanatics plenty of time to get their hands on the limited edition drink. This new release is in addition to the previous freaky on-pack graphics featured on most flavoured Fanta bottles and cans which helped the company achieve their best performing Halloween period and reach record sales last year. 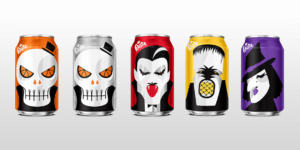 KFC have teamed up with Spirit Halloween to produce their very own official Colonel Sanders costumes. This limited edition suit allows you or your child to attend a Halloween party dressed as your favourite face of fried chicken.

The iconic white suit, coming complete with wavy white wig, glasses and moustache, helps celebrate the birthday of the Colonel on September 9, marking 129 years. The bad news is the bargain bucket is made of paper, and no actual chicken is included. 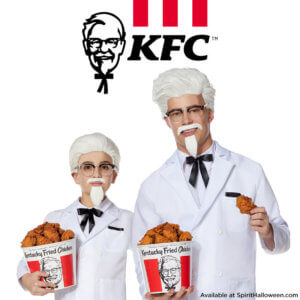 This particular event started on October 14th and ends on November 11th, with Rocket League one of several games releasing a Halloween-themed feature. 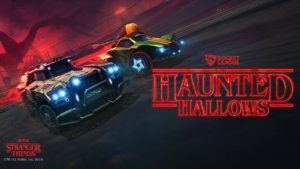 These were just a selection of spooky expert examples across a variety of industries…hopefully they didn’t give you too much of a spook!

To find out about our selection of fang-tastic services, visit our page for more information.