To start the year off, we’ve seen Google get a bit of a face-lift, implement a few changes, and announce the latest core update (shock…!) on the 13th of January.

Google announced their January core update the morning that it was to begin rolling out. 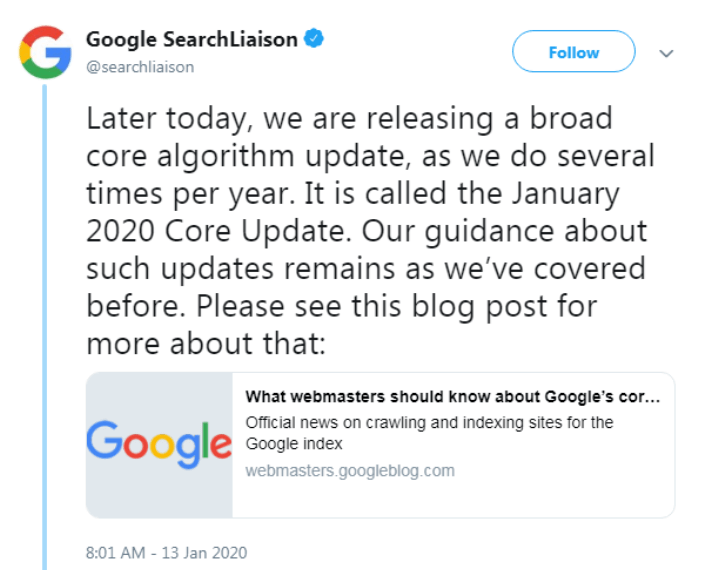 Broad core updates happen several times a year and are aimed at improving the overall experience of searching via Google.

Many updates happen throughout the year without being announced at all, to incrementally improve search results, but the core updates are always announced as they usually have some kind of notable impact. Google’s advice remains the same in that we should continue to follow the general webmaster guidelines.

Whilst we shouldn’t panic, it is important to keep an eye out for any movement (whether that be on your own site or clients’ sites that you manage).

As the update rolls out, we may be able to give more information on the types of sites and quality signals that are being primarily affected.

To ring in the new year, Google gave desktop paid and organic search results a bit of a facelift in an attempt to bring them in line with the look of mobile search results.

With these changes in place, users have been noting that upon first glance, paid and organic results are virtually identical – as in some cases, the Ad label can be mistaken for a favicon. 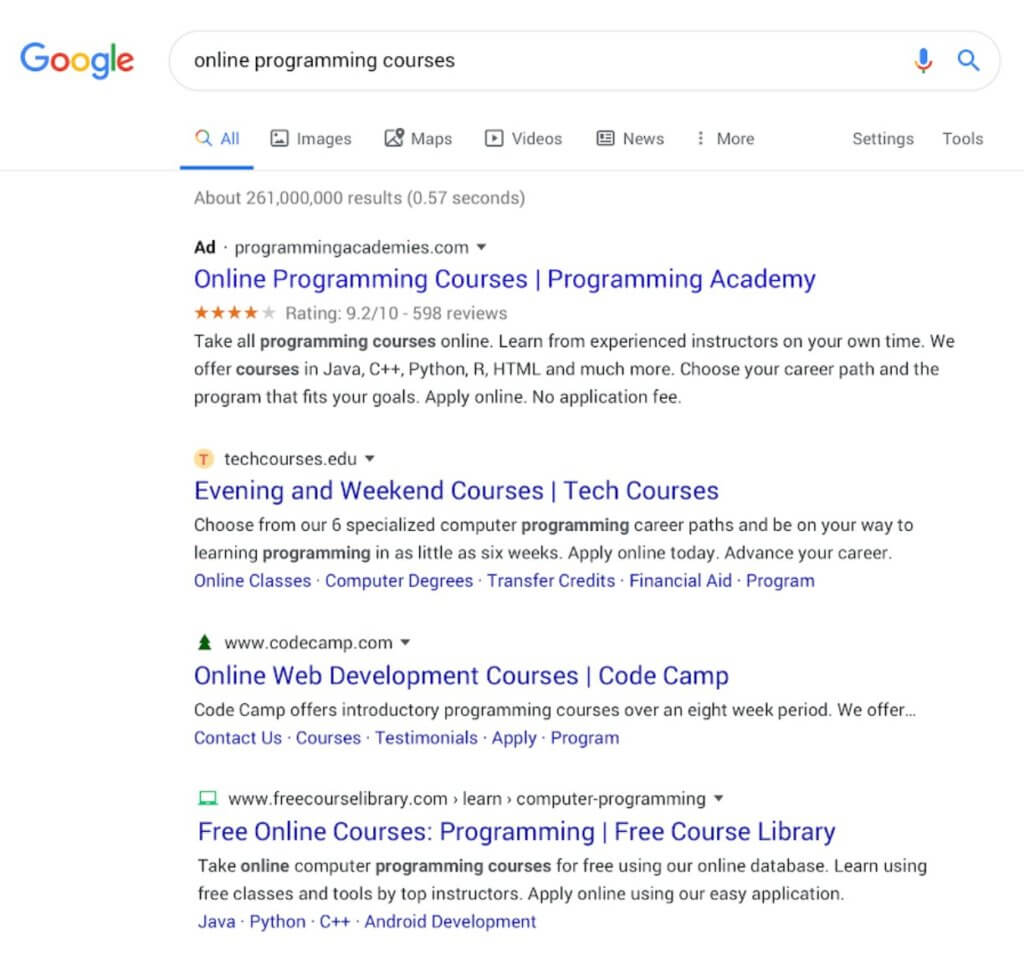 In the realm of eCommerce, Google recently rolled out a new addition to search results in an attempt to make it easier for users to shop for popular products.

When shopping for clothes, shoes, and accessories via keywords such as “running shoes” or “down jackets”, Google will now return a new section that showcases popular products from various stores across the web. This new feature also includes the ability to filter results by style, size, and department and once a product is selected, Google will provide a list of sites to purchase from.

To benefit from the organic traffic Google expects this new feature to drive, retailers looking to have their products featured in the popular products section are encouraged to set up product feeds in Google Merchant Centre and/or apply appropriate structured data markup to their product pages.

While the feature is currently only available in English in the US, Google has noted that they’re excited for future expansions that include more queries, categories, devices, and products.

In an attempt to help site owners ensure they’re providing the best possible experiences to users, regardless of the device they’re using, January saw Google add a significant amount of information to their best practices documentation for Mobile-First Indexing.

While the information itself isn’t exactly new, the bits of advice, recommendations, and best practices are worth a read.

An Update to Featured Snippets

Towards the end of January, Danny Sullivan confirmed that Google will be removing duplicate URLs from the SERPs with a focus on pages currently ranking in both a Featured Snippet and Page 1 position – a process they’re calling “deduplication”. Previously, it was quite common to see web pages appearing twice on the first page of search results if they were able to achieve a Featured Snippet position. With this new update, Google has confirmed this will no longer be so, with all changes being rolled out immediately and affecting 100% of all search listings worldwide.

According to Pete Meyers of Moz, all pages in a featured snippet position have had their regular organic position pushed to the top of Page 2, however, as the days have gone on, we’ve seen that appearing at the top of, or even on Page 2, is not always guaranteed.

For those worried about maintaining their featured snippet position, Danny Sullivan has noted that if you lose your FS, you’ll likely regain the high organic position you previously had. 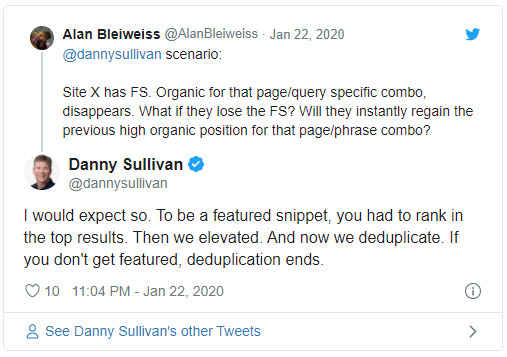 For those that are interested in forfeiting their Featured Snippet position to appear in the “normal results” – Twitter has come through with a quick hack that will allow you to see how you may rank if you remove the snippet. 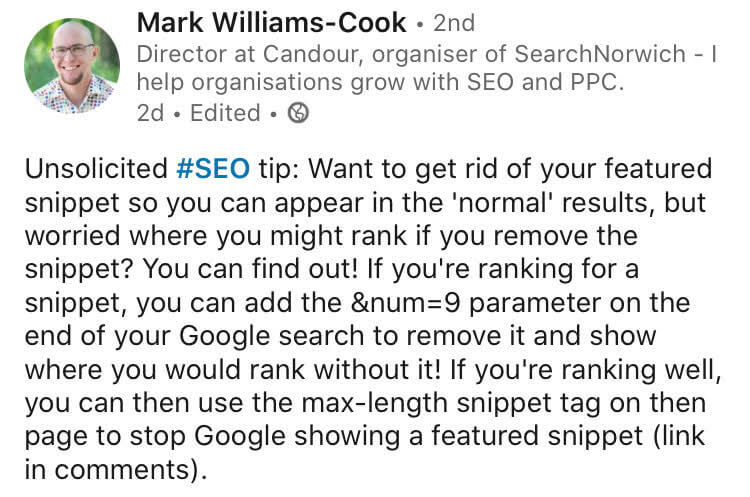 This is a great little trick to keep in mind and maybe a good way to decide whether or not you use “nosnippet” to determine if the CTR might be better for you.

Feel free to reach out should you wish to discuss any of the above, or if you require any guidance with your 2020 strategy. Our SEO team are always happy to help!