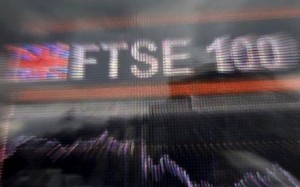 With over 18 million people used Social Media as a way to engage with brands between August 2011 and May 2012 – a third of the UK consumer population – Social Media has become a necessity for any major blue chip brand. Twitter in particular has become a powerful channel for marketing, customer service and brand loyalty – with an estimated 32 million active Twitter users in the UK alone.

With this in mind, the Blueclaw Social Media team have compiled a list of every FTSE 100 company on Twitter along with Twitter followers (Table at the bottom of the article!).

Our results showed the average Twitter follower for a corporate Twitter account was a paltry 11,798 followers. The total number of Twitter users following corporate accounts was just 1.2 million, not even 10% of UK consumers who use Twitter. So is it that these accounts are doing too little to engage or do consumers simply not want to follow corporate accounts?

Interestingly, 8 of the 22 missing companies come from Finance/Investment industries, suggesting that the industry is still struggling with how to use Social Media in a strictly regulated world. However, this hesitation hasn’t stopped the banking sector with HSBC, Lloyds, Barclays and Royal Bank of Scotland all featuring in the top half of the Twitter followers table.

Corporate comms just as important as brands on Twitter 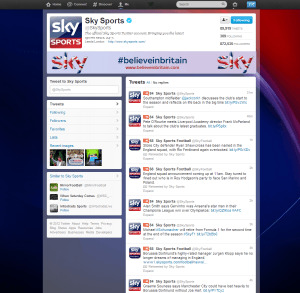 Take BskyB for example, the corporate Twitter account has a measly 3,311 Twitter followers – a Press account that undoubtedly should be a hub of activity amongst journalists and financial Twitter users. In comparison, brand accounts such as @SkyNews and @SkySports have 458,448 and 864,048 followers respectively. Whilst corporate accounts might not always be the best place to engage with customer service issues or send out marketing material, they are usually the go to accounts during a PR or financial crisis. A good social media response to a corporate issue can have noticeable effects. A reassuring tweet in a crisis can go as far as stabilising the share price. Yet, many of these huge companies still view their corporate Twitter accounts as RSS feeds (if that at all!).

NOTE: Our data has been compiled based on the latest FTSE 100. We have manually searched for Twitter accounts and allocated the same amount of time into finding the correct account, if it is not easily visible on Twitter.com or their website then we have listed it as absent. Many of these companies do have Twitter presences for their brands, but for the purpose of this research we were only interested in finding the official corporate account.