Panning for PR coverage - can media monitoring be improved?

To see a press campaign successfully covered by many different news outlets and websites is, for a PR type, a bit like watching a child grow up, go through puberty, adopt long hair and a taste for screamo music, then emerge as a perfectly rounded human being. Whether the story is a niche piece of trade news for the automotive sector, or a big story with worldwide appeal, it makes everyone involved happy and relieved.

However, there is one sting: actually finding all the coverage.

Articles by national newspapers and their websites are easy to find – the chances are that we’ll be reading through it anyway. But when that diversifies into smaller publications that have covered the story after seeing it on other news websites, that’s when the problems start.

I’ve worked in public relations, in various guises, for more than eight years now. In that time, each and every agency I’ve either been part of or encountered knows the pain of collecting everything. I also suspect that anyone who has ever worked in PR who might be reading this will be nodding knowingly to themselves.

Most agencies use media monitoring services (or cuttings services, in old press speak), which thoroughly monitor the UK or worldwide media for any mention of the campaigns an agency is running, filter out the irrelevant stuff, and collate it all for their respective subscribers.

Sounds very useful, but every service I’ve ever used, trialled or heard testimonials of has regularly missed things. That means the PR team has to spend the time searching for themselves anyway, which renders the investment in a media monitoring agency as useful as a blind guide dog.

Why is this such a bugbear?

Targeted press campaigns, aimed at specific news outlets, are easy to track and find coverage for. It takes minutes.

But when a story is more widely covered – particularly when it is used internationally in various languages, as several campaigns of ours have – it can easily take days’ worth of time to monitor constantly.

That’s time that PR and marketing agencies could be using to create valuable new pieces of work, yet they must spend it on duplicating the searching that should be done by a service for which they are paying.

The reason it takes so long is that, to find everything, a smorgasbord of methods must be used. For example, Google Alerts emails may be a useful starting point but, on their own, are about as effective as a marksman after a pint of gin, often missing even the most obvious things.

Meanwhile, a variety of different facts and phrases from the story will need to be searched for manually – and in different languages – as each article may include different parts of the original story. 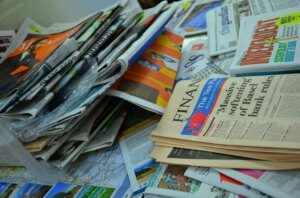 Why are these services so poor?

Every media monitoring or cuttings service I’ve used or had discussions with has claimed to not miss any links or coverage, only for them to be proved wrong when it came to a trial. With most, international media is the biggest stumbling block, as many only cover publications and websites in the UK, or those in the English language.

In today’s world, though, where the nature of digital marketing means that international news plays a greater role than ever before, isn’t that missing the point?

It is possible to find international coverage manually, with a great deal of time invested in doing so. So why have none of these companies, with their apparent expertise, adapted their models suitably? And why do they have such difficulty?

There are gifted people in PR and marketing agencies up and down the country who have the ability to make fantastic things happen, bring exciting new stories to journalists and write brilliant copy. Yet, for hours every day, they waste their talents searching for coverage because they know a supplier might have missed it, undervaluing their work.

Improve or be forgotten

It’s high time that media monitoring agencies catch up with the rest of the marketing industry, and not only expand the service they offer to cover other countries and languages but, also, develop more reliable methods to make sure that valuable links and coverage aren’t missed.

If not, more and more PR and marketing agencies will realise that the time their staff spend searching for it cancels out the benefit of buying the service. Once that happens, it’s easy to get left behind.

Of course, if you work for a monitoring agency, you may well think you’re a cut above the rest. So, on behalf of not only Blueclaw, but the entire industry, I’m urging any monitoring agencies that think they can do better to get in touch.

If you’re prepared to prove us wrong, and that you can track international coverage for one of our campaigns without missing any, then we want to hear from you. Get in touch today and who knows – there might be some business in it for you.