The Importance of Using Influencers in Content and PR

The difference between the success and failure of content or PR campaigns can so often hinge on your use of experts and influencers.

You might have poured hours of blood, sweat and tears into covering every angle, considering every hook and producing the perfect designs for a piece of content, but that could all come to nothing if you don’t have the right outreach tactics.

The use of an influencer or an expert to either give supporting comments to your research, or to just provide an exclusive quote, can be every bit as important as the original content produced. However, unlike producing content, gaining supporting comments doesn’t have to take anywhere near as long.

What is an Influencer?

When we talk about influencers, you might initially think of the lame YouTubers or Instagrammers that record their every step or promote rip-off weight loss plans to impressionable young people online, but when it comes to PR and news stories, the term takes on an entirely different meaning.

The best influencers or experts can be anyone with any sort of authority in the particular industry you are focusing on with your content. Obviously, the more reputable and relevant the influencer, the better the chances of gaining extra exposure and more coverage when it comes to outreach. A particular bonus is that it can keep your content evergreen, with renewed angles to explore, if you source the right person to talk to.

How We Use Influencers

At Blueclaw, harnessing expert comments is a tactic we often use with any campaign that might benefit from an expert’s explanation or influencer’s insight – and it is fair to say we have reaped the rewards.

One such example was with our piece VAR from Perfect.

There was a lot of time and research that went into developing the piece, from detailed statistics on the use of football’s controversial technology (Video Assistant Referee) to picking out 10 moments from history that could have been affected by the use of VAR and the alternative endings should the technology have existed at the time, to FAQs on how the system worked ahead of its introduction to the Premier League at the start of the 2019/20 season.

However, what set this campaign apart – and indeed earned widespread coverage – was an exclusive interview with IFAB (International Football Association Board, who are in charge of rule changes in football) secretary Lukas Brud. After getting in contact, we were able to grab an exclusive interview before many of the national newspapers and therefore able to drive and lead the topic. It led to widespread coverage on national and international websites, radio coverage on some of the UK’s biggest stations and even started a conversation on social media through some of the biggest names in football.

The key to this was that, although we didn’t ask our expert to comment directly on content produced, we managed to grab an exclusive interview that was relevant to our research. Although the content on the site we were promoting was not shared widely, we still gained widespread coverage and plenty of links back to it thanks to the strength of the hook that was created by the interview.

Further details on the breadth of coverage we received for our VAR From Perfect campaign can be found here. 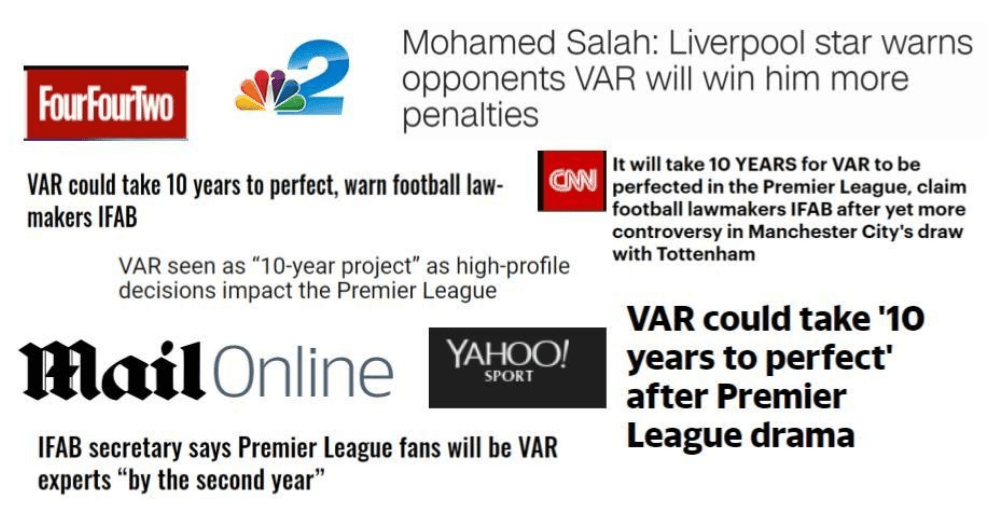 This shows how it pays to think like a journalist and consider what they would like to see. If there is an interview that could be a big hit, why not get ahead of the game and get there before they do?

Alternatively, you might want someone to just back up your results and say how credible the work is, or may just need some supporting content to act as a footnote on what is already some remarkable research.

Another very recent example comes with our Eco-Friendly Footballers campaign. We produced a list of footballers in Europe who covered the most air miles in 2019 and, shortly before beginning outreach, contacted an authoritative voice on climate change after seeing his name featured in a study by the BBC.

While it was mainly our research and the results that were a big hit in the media – with some huge websites giving it coverage – our expert was soon high in demand and gave us the authority to feature on climate change websites. This was all turned around very quickly after seeing his name featured elsewhere.

Of course, not every campaign is going to go to plan, so you might have to think outside of the box. When initial uptake was slow for our campaign around the Rugby World Cup in Japan, we contacted the Japanese Tourism Board for a comment to describe the area and the culture for tourists. Sure enough, it gave the campaign a boost and we featured on some prominent travel websites and had requests from national broadcasters to feature our contact live on air.

There are websites set up to make it easy to find and contact experts in a particular field. We regularly use Gorkana’s media request service, as well as tools such as Expert Sources and HARO. All it takes is a simple description of what you are looking for, or a bit of careful searching to find the person with the right sort of background or qualifications, an email address or a phone number.

University lecturers can often be willing to help and, by their nature, hold positions of authority on their specialised area of interest.

However, one of the areas we have had success in is going for the very top-level sources for comments. This might mean contacting the Premier League press office (as used with OLBG’s Fans of the EPL), the BBC or Amazon. Quite often, you might just get a standard press release that is distributed to the wider media but it helps to open a dialogue with the relevant people who can help you track down an exclusive quote.

Every time you speak to somebody, get a good reply over email or find a new contact, it is important to make a note of that person. We have developed an internal ‘Blueclaw Book’, which keeps record of our best contacts in each industry in case we revisit a certain topic in the future. The Book is ever-expanding!

However, make sure you are prepared before you make contact. If you are conducting an interview over the phone, you need to know what you are talking about and can’t afford to take any shortcuts, so keep in mind what you want to get out of the chat.

As with any other piece of content, there is always a chance that your work might not take off as expected but, by adding further insight to your content, you give yourself the best possible chance to catch the eye of the journalist and, most of all, get that coverage.

To find out more on how you can use influencers to enhance your Content and PR efforts and earn top-tier coverage please feel free to get in touch.